by Meghan | June 27, 2013
School Environment, Bullying, Breakthrough Moments, From Struggling to Thriving
You bring your child into the world feeling so protective of them that you do not want people breathing in their air space if they have a trace of illness and not allowing people to touch them unless they have washed and sanitized their hands. Each year that passes means letting go of how much the world is allowed to touch them, but some part of you still wants to be a fly on the wall ensuring their security. It is easier to feel this way when they are smaller and cuter, but even when they are bigger and taller than you (and mouthier) you send them out into the world, but you still kind of wish they were rolling out in an impenetrable bubble to keep them safe. In 2012, I sent my son where there was actual violence occuring in the classroom. Kids were cussing, throwing desks, fighting and police were being called to the school. There were drugs discovered on the school bus. As a parent, it was my worst nightmare coming true. In December, the Sandy Hook school shootings shook the nation and I realized that I had not had to face any nightmare; I had merely been rattled. What was worse, was that my son was really terrified. His school had begun practice drills following Sandy Hook for their safety, but it hit home that violence was everywhere and we had no warning for its escalation. I had no previous experience with home schooling. I always thought that was a bit "radical" and something that "Duggard-type" parents did. When I began mentioning it to my friends they laughed and said, "but you're not Amish!" and I could not help but feel the same way. Being in elementary school, 4th grade, I did not worry about social aspects. I knew his friends could spend the night still and we live in a neighborhood. I did worry about giving up all of my personal time, to be honest and questioned my ability to teach. I was not a teacher and was often frustrated just helping with homework. I met with my child's teacher and she was the one who actually recommended Hoosier Academies. It was very easy to learn the on-line way the school ran and I got it, quickly! My son went to school two days a week and we did homeschool three days per week. Days he was home, he had on-line sessions with his teacher, which was great for material that I was not that strong in explaining. The material that we did together was fun because I actually learned a lot and it was interesting. It made my adult conversations more intriguing. I can knowledgably discuss the causes and repercussions of the World Wars now! When I originally learned it, I really did not care (apologies to my 4th grade teacher). When you watch those t.v. shows "Are You Smarter Than A Fifth Grader?", well you get to play that game show with your kid for a few hours. It's fun! I did lose some personal time, but I gained a lot of quality time with my child. I also slept easier at night and my husband and my parents kept commenting over and over about how much more talkative and relaxed my son was now. My son kept saying how he had learned so much more than he had learned in his traditional school which made me feel great. Next year, my son is off the waiting list and able to attend a non-public school with his big brother. It will be nice to have them in the same location. I can not lie, I will miss him, a lot! It will make me feel like there is a bubble out there, that I can slip him into to know that Hoosier Academy exists and that it is so successful. If my son were ever struggling with grades, feeling unsafe at school, or any other scenerio where I felt that traditional school was not the answer, then I would not hesitate to re-enroll in Hoosier Academies. It is without doubt, the most effective for us in instilling confidence and security and thus raising my child's grades. 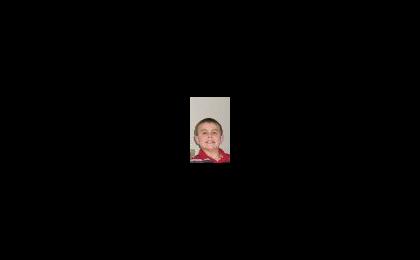